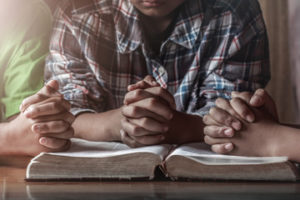 God considers these things to be idolatrous; they honor demonic spirits, and thus He calls them abominations or detestable things, things that He hates. Interestingly, He says these practices are a reason why He sent Israel in to dispossess these people. We do not want to practice customs that ultimately bring on God’s wrath and destruction.

In Leviticus 20:6, God likens spiritism to prostitution, the physical counterpart to spiritual prostitution, idolatry. To God, witchcraft and occultism are similar to sexual immorality, but one is physical and the other is spiritual. Which is worse—physical or spiritual prostitution? Both defile the purity God desires in our flesh and in our spirit (II Corinthians 7:1). This linking of spiritism with sexual sins and idolatry occurs elsewhere (Exodus 22:16-20; I Samuel 15:22-23). Witchcraft is equated with them because it is both prostitution and idolatry.

When a Christian meddles in spiritism of any kind, whether witchcraft, sorcery, divination, consulting a medium or fortune-teller, or even reading a horoscope, he undermines his relationship with God—just as a man who visits a prostitute damages his relationship with his wife. Someone else is coming between the two covenanted parties, causing division. Occultism puts a wedge between God and the Christian; he might as well bow to an idol. It produces the same result: to drive him away from God.

The New Testament takes the same approach as the Old:

Now the works of the flesh are evident, which are: adultery, fornication, uncleanness, licentiousness, idolatry, sorcery, . . . of which I tell you beforehand, just as I also told you in time past, that those who practice such things will not inherit the kingdom of God. (Galatians 5:19-21)

The apostle Paul speaks of adultery, fornication, uncleanness, and licentiousness—all with at least overtones of sexuality—then he mentions idolatry and immediately thereafter sorcery! It cannot be just a coincidence that they all fall in this order. Those who practice such things will not inherit the Kingdom of God because they are not fulfilling their covenant with God.

“Sorcery,” intriguingly, is pharmakeia in Greek, from which we derive our words “pharmacy” and “pharmaceutical.” Diviners, enchanters, witches, and sorcerers employed drugs and other potions to put them or their clients “in the spirit” so their “magic” would work. The drugs, then, came to stand for sorcery of all kinds. For the same reason, drug use is part of the celebration among the more serious Halloween devotees today.

The Bible’s teaching on this is consistent. Spiritism, the occult, is a form of idolatry, a kind of spiritual prostitution. Its end is separation from God and eventual destruction.

This beatitude, like all the others, has both a present and future fulfillment. Paul says in I Corinthians 13:12, “For now we see in a mirror, dimly, but then face to face. Now I know in part, but then I shall know just as I also am known.” To “see” God is to be brought close to Him. In this instance the sense is that what we are far from cannot be clearly distinguished. That, as sinners, we are far from God is proclaimed in Isaiah 59:2: “But your iniquities have separated you from your God; and your sins have hidden His face from you so that He will not hear.” Thus James 4:8 admonishes us, “Draw near to God and He will draw near to you.”

The pure in heart are those who with all their being seek to remain free of every form of the defilement of sin. The fruit of this is the blessing of spiritual discernment. With spiritual understanding, they have clear views of God’s character, will, and attributes. A pure heart is synonymous with what Jesus calls a “single” (KJV) or “clear” (NKJV margin) eye in Matthew 6:22. When a person has this mind, the whole body is full of light. Where there is light, one can see clearly.

The sense of this beatitude’s promise to see God carries over into the Kingdom of God. In one sense, all will see God, as Revelation 1:7 prophesies: “Behold, He is coming with clouds, and every eye will see Him, even they also who pierced Him. And all the tribes of earth will mourn because of Him.” They will see Him as Judge.

Jesus’ promise, though, is stated as a blessing, a favor. Revelation 22:4 says of those who will inherit God’s Kingdom, “They shall see His face, and His name shall be on their foreheads.” I John 3:2 reads, “We shall be like Him, for we shall see Him as He is.” To see someone’s face is to be so near as to be in his presence. In this case, the term indicated the highest of honors: to stand in the presence of the King of kings. Certainly David understood the greatness of this: “As for me, I will see Your face in righteousness; I shall be satisfied when I awake in Your likeness” (Psalm 17:15).

God places great value on being clean, especially in terms of purity of heart. Also, we can easily become defiled, whereas remaining clean requires constant vigilance, a determined discipline, and a clear vision of what lies before us to serve as a prod to keep us on track. Since it is sin that defiles, this beatitude demands from us the most exacting self-examination. Are our work and service done from selfless motives or from a desire for self-display? Is our church-going a sincere attempt to meet God or merely fulfilling a respectable habit? Are our prayers and Bible study a heartfelt desire to commune with God, or do we pursue them because they make us feel pleasantly superior? Is our life lived with a conscious need of God, or are we merely seeking comfort in our piety?

To examine our motives honestly can be a daunting and shaming but very necessary discipline, but considering Christ’s promise in this beatitude, it is well worth whatever effort and humbling of self it takes. It is good for us to keep Paul’s admonishment found in II Corinthians 7:1 fresh in mind: “Therefore, having these promises, beloved, let us cleanse ourselves from all filthiness of the flesh and spirit, perfecting holiness in the fear of God.”

John W. Ritenbaugh
The Beatitudes, Part 6: The Pure in Heart

Mark 7:14-23 (and its parallel account in Matthew 15:1-20) is another set of scriptures that some believe state that nothing entering into a man can defile him, therefore eating whatever one wishes is perfectly all right. Can this be correct?

Those who believe this fail to understand the subject of the chapter, which is Jesus’ denunciation of the Pharisees for their rejection of God’s commandments in favor of their own traditions (verse 8). Verse 2 introduces the context: “Now when [the Pharisees] saw some of His disciples eat bread with defiled, that is, with unwashed hands, they found fault.” The dispute was over ceremonial cleanliness – eating without first washing one’s hands – which is not even an Old Testament law but a “tradition of the elders” (verse 5), which the Pharisees had themselves proclaimed authoritative.

In addition, beyond this fact, note that the kind of food the apostles were eating is “bread,” not meat. Jesus’ later comments speak generally of “foods” and “whatever enters the mouth,” not specifically meat. Mark 7 is not about clean and unclean meats at all!

Verse 19 contains the phrase “thus purifying all foods,” and many have jumped to the conclusion that Jesus declared all foods clean (as many marginal references state). The context, again – the very sentence in which it appears – proves this false: “Do you [disciples] not perceive that whatever enters a man from outside cannot defile him, because it does not enter his heart but his stomach, thus purifying all foods?”

First, “thus” is not in the Greek text but has been supplied by the translators. Without it, the sentence plainly states that the stomach “purifies” any kind of food put in it, not that Jesus had somehow declared all foods to be purified. Second, purified is the Greek word katharízoon, which means “to cleanse,” “to purify,” “to free from filth.” In relation to the stomach’s or the digestive tract’s ability to “purify” food, the sense of katharízoon in this verse is “to purge of waste.” This is brought out clearly in the parallel statement in Matthew 15:17: “Do you not yet understand that whatever enters the mouth goes into the stomach and is eliminated?”


Do these scriptures do away with the law concerning clean and unclean meats? Not at all!

Kindly drop your comments below if you found this prayer helpful.

This Nonsense Must Stop Prayer Points

Prayer Points On Enforcing Your Victory