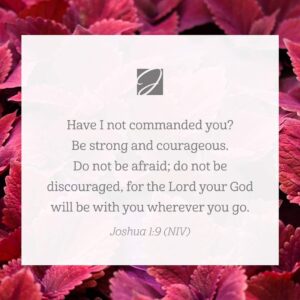 No More  Unto Tears – Hearken Unto Me Oh Lord Prayer Points

Isa 30:19 You people who live in Jerusalem will not weep any more. The LORD is compassionate, and when you cry to him for help, he will answer you.

We are looking unto God for safety. It can no longer be business as usual. Two ways – for previous tears that wants to continue, the Lord will stop it! For Tears that it being program.

A good example in the scripture is the story of David at Ziklag. A mighty man of war cried. He cried that the Bible says until he could weep no more. At that moment , it was bleak – very bleak and hopeless. From that story, we can get bullets to stop ongoing tears and insure against future ones.

FATHER IN THE NAME OF JESUS…

1Sa 30:1 Two days later David and his men arrived back at Ziklag. The Amalekites had raided southern Judah and attacked Ziklag. They had burned down the town
1Sa 30:2 and captured all the women; they had not killed anyone, but had taken everyone with them when they left.

Ahitophel was a master strategist who rebelled against David and joined Absalom – when he gives a counsel – works flawlessly.

2Sa 16:23 (GNB) Any advice that Ahithophel gave in those days was accepted as though it were the very word of God; both David and Absalom followed it.
David prayed a prayer
2Sa 15:31(GNB) When David was told that Ahithophel had joined Absalom’s rebellion, he prayed, “Please, LORD, turn Ahithophel’s advice into nonsense!”

7. Every advise that is been given now to cause me tears this year – turn it to foolishness. Turn it to non-sense. Let it not add up. Let it not hold.
8. Every gathering and consultative meetings against our destiny – scatter it!
9. This year, I will not be a victim of “demonic arrangements”. You will keep me one step in advance.
10. Every advice or principle that I have been following religiously all this while but has been the cause of my tears unknowingly – open my eyes, open my ears – illuminate my spirit and deliver me.
11. Every Ahitophel around me that is causing me pain and tears – arrest them, confuse them and expose them.
12. Every busybody that will not allow me focus on your project for my life – assign them a lifetime project that they will not have time for me.

2Sa 17:1 Not long after that, Ahithophel said to Absalom, “Let me choose twelve thousand men, and tonight I will set out after David.
2Sa 17:2 I will attack him while he is tired and discouraged. He will be frightened, and all his men will run away. I will kill only the king
2Sa 17:3 and then bring back all his men to you, like a bride returning to her husband. You want to kill only one man; the rest of the people will be safe.”
2Sa 17:4 This seemed like good advice to Absalom and all the Israelite leaders.
2Sa 17:5 Absalom said, “Now call Hushai, and let us hear what he has to say.”
2Sa 17:16 Hushai added, “Quick, now! Send a message to David not to spend the night at the river crossings in the wilderness, but to cross the Jordan at once, so that he and his men won’t all be caught and killed.”

13. Even from within the camp of the enemies of my progress, Lord, raise a help for me.
14. Hushai was not there when the great Ahitophel was advising, it was Absalom that requested for him. Lord! Lord! Lord! So that I will not weep this year, even when I am not there, raise a voice for me!
15. That message that I need in good time to avoid a disaster for the rest of my life, I covenant today – send it to me ahead of time in Jesus name.
16. I decree, no demon, no principality, no power will block my good news!

2Sa 17:23 When Ahithophel saw that his advice had not been followed, he saddled his donkey and went back to his hometown. After putting his affairs in order, he hanged himself. He was buried in the family grave.

17. Daddy in your own way, every agent of pain and tears – concerning me, make them jobless!

18. Permanently Lord .. wipe away my tears!
19. In the day of challenges, let my strength not fail!
20. Tears from setbacks that has exhausted my power to move forward – turn it to Joy!

1Sa 30:6 And David was greatly distressed; for the people spake of stoning him, because the soul of all the people was grieved, every man for his sons and for his daughters: but David encouraged himself in the LORD his God.

21. In the name of Jesus, I receive encouragement!
22. I decree, beyond this, beyond now, I will laugh last!

1Sa 30:8 And David enquired at the LORD, saying, Shall I pursue after this troop? shall I overtake them? And he answered him, Pursue: for thou shalt surely overtake them, and without fail recover all.

23. Lord for every tear drop that I have shed, I WILL RECOVER ALL!

IN JESUS NAME WE HAVE PRAYED