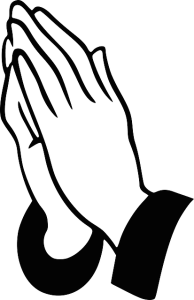 SCRIPTURE READING: EXODUS CHAPTER 11, verse 1-10.
CONFESSION: 2 KINGS 7:17: – “And the king appointed the lord on whose hand he leaned to have the charge of the gate: and the people trode upon him in the gate, and he died, as the man of God had said, who spake when the king came down to him.”
I CRUSH THE POWER OF EVIL COUNSEL! – DAY 9: Tuesday, 19th January, 2010
Thank God for He shall reveal to you during this prayer session whatever constitutes your “PROMISED LAND ” in this year 2020.
Decree death for any power that wants to starve you of that promised land and deny you of the fruits thereof, in the name of Jesus.
Tell God to enlist you into the end-time army of exploits – the congregation of the mighty (Psalm 82:1). Command the root of poverty to dry up in your life.
Ask the Lord to magnify your destiny above every power assigned to diminish you this year.  Now, praise Him for making you stand strong in Day 8 prayers. Ask Him for strength and grace for uncommon victories throughout the remaining 13 days ending midnight of January 31st 2010.
After the praise and worship session, roar with anger in your voice, go into these fervent ten prayer points for DAY 9. Pray it at midnight, couple it with a 12-hour fast (12 midnight to 12 noon). Pray it during the day too. God bless you as you read the scriptures, confess the word of God and pray in Jesus’ name.
DAY 9
Source: prayersfire.com
Kindly drop your comments below if you found this prayer helpful. Thanks and God bless you.

Prayer Points To Get Out Of Debt