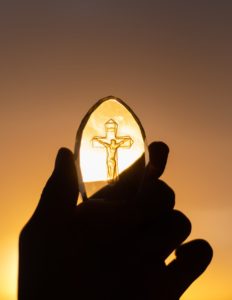 Anointing oil is a powerful tool when used by a believer. A few facts, however, need to be known about it.
• God instructed Moses on how to make it and use it. It was made of several spices and was to anoint the tent of meeting, table, all articles, lampstands, altar of incense, utensils among other areas (Ex 30:22-33)
• It was also used to anoint priests like Aaron and his sons, together with their garments (Lev 8:10-30)
• It was used alongside blood. It could be sprinkled on right finger, applied on right earlobe of the one to be cleansed, right hand thumb, big toe and the rest on the head (Lev 14:17-18)
• It was used for consecration (see the above verses)
• It was used to anoint kings. Examples are Saul and David (1 Sam 10:1, 16:13)
• olive oil, from where much of it came from, was used in lamps for lighting in the tabernacle (Lev 24:1)
• It was used in a sacred way, one could not apply on his body or make one using its formula. Punishment for this was death (Ex 30:32-33)
• It was only used by priests
• James 5:14 mentions that it could be used to anoint the sick.
• Anointing breaks the yoke/burden/connection of the enemy (Isa 10:27)
In my country, anointing oil has many times been abused where a few servants of God have been accused of selling it and at times giving it people who have not given their lives to Christ. Nevertheless, this does not mean that Christians should not use anointing oil. I have used anointing oil severally as directed by the Holy Spirit and I have experienced great breakthrough. Anointing oil should be used in prayer by God’s priests. Today’s believers are priests. Peter declares that we are a loyal priesthood (1 Pet 2:9).
Anointing oil can be used today to:
• Consecrate a church building or church instruments/utensils
• Cleanse/sanctify homes, offices, houses etc where believers are occupying or are to occupy. This breaks any previous satanic connection.
• Breaking evil connections in homes that the Devil has been previously given permission to occupy.
• Anointing gates and doors. Many times, like in Africa, the wicked will try to place wicked evil powers/witchcraft in peoples gates. Remember Moses was told to sprinkle blood on door frames so that the destroyer would not gain entry (Ex 12:7,13)
• Sanctify believers household items/ clothing if one suspects that they may have an unholy anointing.
• Anointing the sick when praying for them.
• Use as directed by the Holy Spirit.
Where do you get anointing oil? One can buy olive oil from shops or supermarket. One can also get from true servants of God.

How can I pray over the oil to use it for anointing purposes? A prayer of faith will make the oil ready for use. Consider praying like this;

Thank you father for this oil. I commit it before you in Jesus name. I sanctify it with the blood of Jesus and consecrate it for holy use in Jesus name. I release the power of the Holy Spirit upon it. Let this oil be for healing, cleansing and wherever it shall be applied, let the power of the Holy Spirit be experienced to heal, deliver, set free the oppressed, break every evil yoke and every ungodly power anointing. May your presence be evident wherever it shall be used and may you always receive all glory. May all the works of Satan be destroyed and enemies routed wherever it shall touch. In Jesus name I pray. AMEN

Prayer Points For Holiness And Righteousness