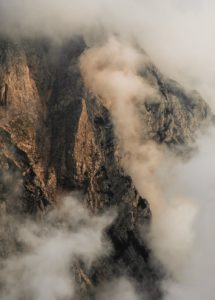 I will start with a story in 1 Samuel 10: 1-2. Saul went in search of Prophet Samuel because of the loss of his father’s donkey. After Samuel anointed Saul, the higher anointing restored his loss and he said to Saul “When you leave me today, you will meet two men near Rachel’s tomb, at Zelzah on the border of Benjamin. They will say to you, ‘The donkeys you set out to look for have been found.” By divine arrangement, after leaving the presence of the Prophet, two strangers were strategically positioned to give Saul good news.

Life is about God linking you up with your destiny helpers. In life there are 2 kinds of people you will ever meet – Destiny helpers and destiny killers.

When God links you up with your destiny helpers your tears will be converted to joy, your torment to peace, your labour to favour, your pain to gain and your Goliath becomes your stepping stone to the place of celebration.

Destiny killers are those who always wonder can anything good come out of this life? they say this with their mouth, their attitude and their actions. Destiny killers always see the negative side of you and are always out to discourage your efforts.

No man can by himself fulfil his destiny. Everyone needs a destiny helper. Jesus did not walk alone. He had 12 helpers who promoted his destiny.

Don’t forget to drop your comments below if you found this prayer helpful. Thanks and God bless you.

Prayer Points For Outpouring Of The Holy Spirit